Professor Speed utilises a number of different approaches to treat specific musculoskeletal complaints. These include injections, which can reduce pain, improve function and may help to promote healing and repair of injured or painful tissue.

Hyaluronic acid is a natural component of synovial fluid that lubricates joints. Hyaluronan injections are mostly used in osteoarthritis when the smooth, highly polished surfaces of the joint have become roughened, but there is not any significant inflammation.

Theoretically, any affected joint could benefit from treatment. However, some joints are easier to inject than others. The knee joint is most frequently injected. Some doctors also inject other joints of comparable size such as the shoulder, elbow or ankle. Injection into the hip joint is technically more difficult, although this may be achieved using ultrasound or X-ray (in your local X-ray pepartment) to ensure that the needle is inserted in the correct place.

A course of between one and three injections is often suggested, each separated by between 1–3 weeks, but this will be decided by your doctor. The regime varies between individuals. If effective they should work within days. The duration of effect is variable. A repeat course may be recommended.

When a drug consisting of very small particles is injected into one knee joint it can be identified in the opposite (non-injected) knee joint only 15 minutes later. The particles in hyaluronan are quite large, however, so hyaluronan will stay in the joint much longer before it is absorbed into the blood and transported to the liver for safe destruction. Some of the hyaluronan preparations available contain significantly larger particles than others and there is some evidence that for these the effects of a single injection last longer. This may also influence the choice made by your doctor.

If you have an inflamed or swollen joint, or if you have pain or inflammation near a joint, your doctor may inject a steroid preparation into the affected area. It is known as a local injection because it acts only in that area.

Usually improvement starts in 1–2 days. If it is helpful, the benefit usually lasts from a few weeks to several months. If you are unsure, seek advice from the doctor.

It is advisable to rest the injected limb as much as possible for the first 1–2 days, or longer, after an intra-articular injection.

Side-effects are unlikely. Occasionally people notice a flare in their joint pain within the first 24 hours after an injection. This usually settles spontaneously over the next couple of days. Rarely, infection might be introduced into the joint at the time of an injection and so if the joint becomes more painful and hot then you should consult your doctor immediately.

Occasionally with peri-articular and articular injections some thinning or loss of colour of the skin may occur at the injection site. Local steroid injections may sometimes cause facial flushing or interfere with the menstrual cycle.

Anaesthetic injections are used in a few different circumstances:

Acupuncture has been used for thousands of years, but has only recently started to become integrated into western medicine. Acupuncture is the science of puncturing the skin with needles in order to treat disease.

For a long time acupuncture has existed as part of traditional Chinese medicine, an ancient and esoteric system of medicine involving energy (Qi) flowing around the body in channels (meridians). Acupuncture’s mechanism of action is being increasingly understood in western scientific terms.

There is now good scientific evidence for acupuncture’s effectiveness in relieving pain in arthritis, for example of the knee and hip, as well as back pain. It is also useful in many other painful conditions, including migraine, menstrual period pain and some sports injuries.

Acupuncture can effectively relieve the nausea associated with surgery, pregnancy and chemotherapy and is also used in some bowel disorders, urinary problems, asthma, hay fever, stress and addictions. It may also aid in recovery after a stroke and can turn ‘breech’ babies the right way round in the womb in some women during their first pregnancy.

There is no evidence that acupuncture can treat cancer, though it could be used effectively for pain relief.

Acupuncture is remarkably safe when performed by a properly qualified practitioner. However, occasional side effects include an increase in pain (usually only temporary), bruising, dizziness and very rarely skin infections or even a punctured lung. To minimise the risk of infection acupuncture should only be given using sterile disposable needles.

Special precautions need to be taken in pregnancy so it is important to inform your acupuncturist if you are, or suspect that you might be, pregnant.

What does acupuncture involve?

You are likely to have a number of needles, typically between four and ten, but possibly only one, inserted into your skin from half a centimetre up to several centimetres in depth. They are traditionally left in for 10-30 minutes, but some practitioners leave the needles in for only a few seconds.

Acupuncture needles are very thin and do not hurt in the same way as an injection. Manual twirling or a small electrical current (electro acupuncture) may be used to stimulate the needles.

Though the treatment may be completely painless, some acupuncturists attempt to produce a sensation called “de Qi” which is a heaviness, soreness or heat around the needle and is believed to be a sign that the acupuncture point has been correctly needled.

Traditional acupuncturists may use additional techniques such as moxibation; the burning of an herb just above the surface of the skin, either attached to an acupuncture needle or held in a cigar shaped stick.

What will happen during a treatment session?

Before embarking upon acupuncture, it is important to have a diagnosis of your problem made by a doctor to ensure that acupuncture is an appropriate treatment for you. At your first visit, the practitioner will ask you questions about your problem and examine you in a way similar to that in which your doctor would. If following traditional Chinese principles, particular attention may be paid to your tongue and pulse.

Alternatively, the acupuncturist may feel for tender ‘trigger’ points in the tissues under the skin. People often feel relaxed after a treatment, and it is probably sensible not to drive yourself home.

Sometimes, for example for a sports injury, only one or two treatments are needed, but more often a course of acupuncture will consist of six or more treatments, particularly for longstanding problems.

Small minorities of people do not respond to acupuncture, and if there is not improvement after six to eight treatments, it is unlikely that acupuncture will help.

The procedure involves the skin over your injury to be cleaned. Then local anaesthetic will be injected with a fine needle into the area of your injury, in order to make the site numb.

A small amount of blood (about 2 ml) will be taken from one of your arms, in just the same way that it is taken for a blood test. This blood will then be placed in a centrifuge and spun to obtain the PRP. This is injected into the site of your injury using a fine needle. Afterwards, a plaster will be placed on the skin where the injection has been performed.

As with any procedure there can be side effects. There may be mild discomfort associated with having blood taken and having an injection.

The injection may also cause a temporary flare of pain for up to two weeks, as stimulation of healing occurs. The use of regular ice and simple painkillers like paracetamol (avoid NSAIDs) is recommended.

There is a chance of rupture in all cases with significant tendon disease, regardless of whether PRP injections are used or not.

Traumeel is a substance that contains homeopathic components, including arnica. No major studies have been performed to examine its effects. It may promote healing and reduce inflammation and pain, helping to speed recovery from injuries to soft tissues such as muscle, tendon and ligaments.

The skin over your injury will be cleaned. Then local anaesthetic may be injected with a fine needle into the area of your injury, in order to make the site numb.

Traumeel will be injected into the site of the injury.· Afterwards, a plaster will be placed on the skin where the injection has been performed.

As with any procedure there can be side effects. There may be mild discomfort associated with having an injection.

The injection may also cause a temporary flare of pain. 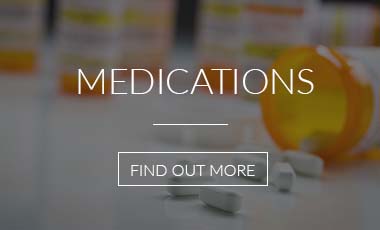